Thank you Everyone for a very successful conference!
You Helped make the 2015 WRC one of the biggest ever!
APCO (Association of Public Safety Communications Officials) is the largest public safety communications association in the world. The Western Region is the largest region of that parent agency. The 2015 WRC offered over 80 vendors and exhibitors from around the country, over 80 professional development sessions (from technical, operations, and management tracks), and networking opportunities with other industry leaders. The 2015 WRC also had a strong presence from FirstNet, California State 911, and P.O.S.T.

Jeff Johnson, Vice Chairman of the First Responder Network Authority (FirstNet) will be the keynote speaker during the opening general session of the 2015 APCO WRC in Sacramento CA, on Wednesday,  April 8, 2015.

Jeffrey Johnson has an extensive public safety background, with broad experience at both the local and national level. Chief Johnson served as Chair of Oregon’s Statewide Interoperability Executive Council, which is transitioning from four independent state-owned radio networks into a single interoperable modern voice and data network. Prior to that, Chief Johnson was the Tualatin Valley Fire & Rescue Fire Chief/CEO for 15 years. Chief Johnson is very active nationally on public safety communications matters, and has served on the International Association of Fire Chiefs (IAFC) Board of Directors and served as President and Chairman of the Board. He is now CEO of the Western Fire Chiefs Association and served as a representative of the SAFECOM Emergency Response Council. He also serves as Chairman of Emergency Services Consulting International (ESCI), a company majority-owned by IAFC to provide emergency services consulting. Chief Johnson is a graduate of Concordia University.

Also featured during the opening keynote session will be Mark Ghilarducci, Director of the California Governor’s Office of Emergency Services (Cal OES). 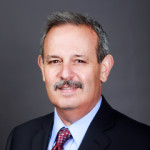 Mark S. Ghilarducci serves as the Director of the California Governor’s Office of Emergency Services (Cal OES), appointed July 1, 2013 by Governor Edmund G. Brown Jr.  Ghilarducci previously served as Secretary of the California Emergency Management Agency (Cal EMA) appointed in February 2012 by Governor Brown.  As a member of the Cabinet, Director Ghilarducci serves as the Governor’s Homeland Security Advisor (HSA) and oversees statewide public safety, emergency management, emergency communications, counter-terrorism efforts and the State Threat Assessment System (STAS).  His duties include serving as chair of numerous boards and committees and he sits on several state and national commissions and work groups. Mr. Ghilarducci has over 30 years of diversified service in both the public and private sectors, in the emergency services, fire and rescue and homeland security disciplines.

Looking for things to do in and around Sacramento? Visit the Sacramento Visitor’s Bureau page setup just for APCO attendees. Get the latest information on around town exhibits and shows, nightlife, and dining, travel and leisure. Remember, Sacramento is just two hours from the Golden Gate Bridge, and some of the best skiing and scenic views around the Lake Tahoe Basin. Click the image below.